After nearly a decade of academic editing, I’ve come to recognize a number of common APA errors in my clients’ work. These are actually errors commonly made by chairs and committee members, as well. As if the English language weren’t complicated enough, we’ve also got to account for stylistic preferences, changes to the 7th edition of the APA manual, school requirements, and of course, the subjective opinions of chairs and school editors. It’s enough to make anyone a little crazy.

So I’m going to see if I can help ease the confusion a bit. In no particular order, here are the 10 (not ten) most common APA errors I encounter… and more importantly, how to avoid (or fix) them!

1. Use of numerals vs. numbers expressed as words

Numbers are always expressed as words when:

Numbers are always expressed as numerals when:

2. Use of dates for in-text citations

There is some confusion about when to use years in an in-text citation. To be clear, the year must be included the first time a reference is mentioned in a paragraph. Each subsequent mention of the same reference in the same paragraph should not include the year. However, as soon as you start a new paragraph, the year must be included again. Parenthetical citations, on the other hand, must always include the year. For example:

As Michaels et al. (2020) explained, many doctoral students experience periods of questioning their own sanity. Hours of studying, researching, and writing can make anyone feel like they’re losing their minds (Michaels et al., 2020). However, Michaels et al. provided a number of strategies to help doctoral candidates maintain their mental health during the dissertation journey.

You’ll want to dust off your APA manual for this one, and double check your use of APA headers against the stylistic preferences of your school (sometimes there are discrepancies — in which case, go with the formatting guidelines provided by your school). With that said, the levels of APA headers are as follows:

Note: APA header rules have changed, and the above guidelines reflect the changes in the 7th edition of the manual!

4. Missing or unaccounted for references

This is an error that almost every dissertation writer will experience. When you consider all the iterations and additions made to chapters as they are drafted and edited (and edited, and edited again…), it’s easy to end up with citations that do not have matching references, or references that are not cited in the body of the dissertation. Do your best to stay organized through the writing process and keep an updated reference list for each round of edits you perform. Reciteworks is also a great tool to help you audit your own references and citations. Create a free account, upload your document, and Reciteworks will audit your citations against your references to detect any discrepancies. It’s not a flawless tool, but it is much quicker than performing a manual audit (plus… it’s free!)

5. Use of quotation marks and page numbers for citations

Remember that you only cite page numbers in-text when you use a direct quote. If a quote is not used, you don’t need page numbers. For example:

APA utilizes the Oxford (or serial) comma. This means that a list of three of more items in a sentence must contain a comma before the final item. For example:

Anthropomorphism occurs when you assign human qualities to something inanimate. Common examples of anthropomorphisms in dissertations include:

Remember that it’s not the results, study, or data that actually did anything… it’s the researchers (or scholars, investigators, etc.).

APA frowns upon the use of passive voice…. usually. Generally, you want to try to keep the language in your dissertation active. For example:

However, passive voice is sometimes warranted. According to the APA manual, passive voice is acceptable when your goal is to emphasize an object or recipient of an action, instead of the actor. For example, you might say “Historically speaking, minorities have been underserved by many U.S. institutions.” Here, the focus is on minorities, rather than U.S. institutions. This sentence could be re-written in active language, but check out how the emphasis would change:

Oy, there are lots of crazy rules in the English language regarding the use of capital letters. I’m sure you’re familiar with most of them, so I’ll just highlight some of the common confusion that occurs in dissertation writing.

Avoid the use of quotation marks to highlight words or phrases you want to emphasize, in-text. Instead, use italics, but use them sparingly (see what I did there?). In other words, you may use italics to emphasize a word or phrase the first time you introduce it, but it is not necessary to italicize the word in subsequent mentions. Note that this is a stylistic preference that some chairs simply don’t like. Although it’s not wrong (ahhh I can’t help myself!) to occasionally use italics in this manner, your chair may frown upon it.

There you have it! Ten common APA errors in dissertations. I hope this has been helpful. If there’s anything I can do to help, please reach out!

How to choose the right research method for your study 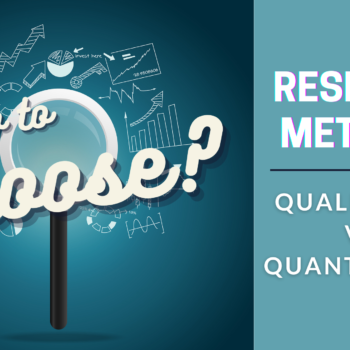 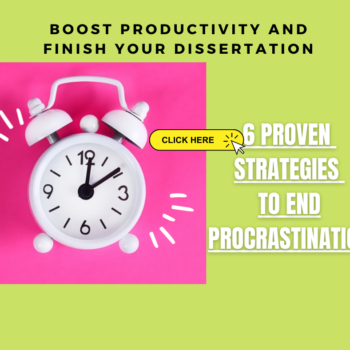